When 81 year-old Leo “Bud” Welch from the Mississippi backwoods released his debut record “Sabougla Voices” in 2014, he took the Blues world by surprise: Where has this guy been for the past 60 years? Why has nobody ever heard of him before?
When he started playing 10-15 shows every month, even getting invitations to Europe and Africa, more questions arose: How is this possible for a guy his age? Who makes all these shows happen?

Answers are given in LATE BLOSSOM BLUES, a feature-length Documentary about Leo “Bud” Welch and his very late rise to stardom. It’s the quintessential Blues story – a story about poverty, about work in the cotton fields and the woods, about The Lord and The Devil, and of course a story about life that reminds us that it’s never too late to live your dream.

LATE BLOSSOM BLUES follows Leo and his manager Vencie Varnado, a Gulf War Veteran, as they balance the tight rope between business and geriatrics, between jet lag and sound check. It also paints a heart-warming portrait of Leo’s small hometown Bruce, MS where Leo’s daily life is still untouched by his late global fame.

Documenting the most exciting times in the life of one of the last real Bluesmen, LATE BLOSSOM BLUES is a film of historic dimension for all music-lovers. It’s a moving account of a hard working man, who, despite all the adversaries, never wavered from his passion and waited more than 70 years to finally live his dream. 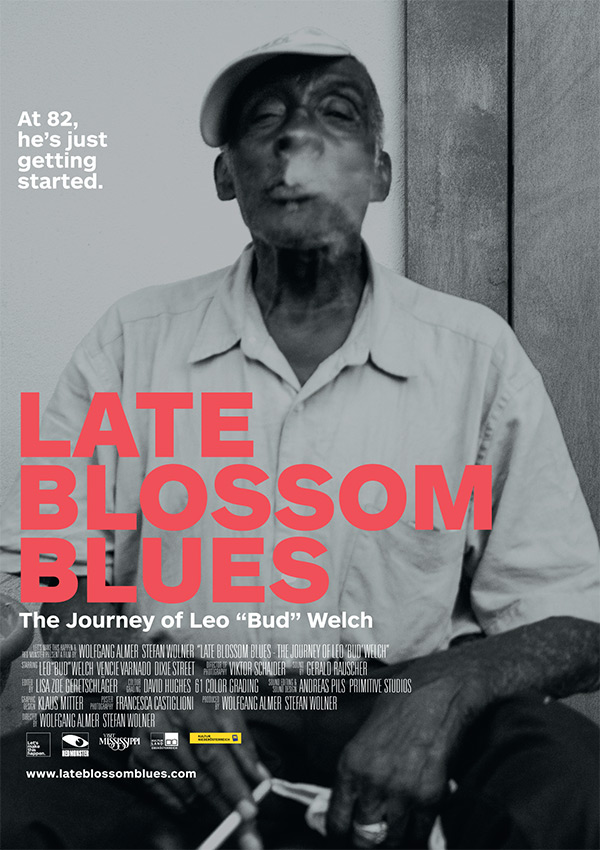