I first heard of Leo „Bud“ Welch in 2013 while researching for a music festival that I direct artistically called LINZFEST. This festival always has a very specific topic, and for 2014, our topic was “Old Is The New New” – so I was, among other things, looking for really old artists. I originally tried to get ahold of CeDell Davies who I had earlier seen at a club show around the corner from my flat in Vienna, Austria.

So I contacted CeDell’s record label Fat Possum to ask for his booking contacts. I quickly got a reply from Fat Possum-owner Bruce Watson who told me that CeDell is not available, but that there’s that other guy, Leo Welch. Bruce sent me the link to the now infamous first video of Leo playing on his now-manager’s birthday party.

I was immediately hooked and decided to invite Leo over to my festival – his first invitation to Europe! Considering him being 82 year’s old, I proposed a very relaxed schedule to his manager: He should fly in on Thursday, relax on Friday, play one show on Saturday, relax on Sunday and fly back to the US on Monday. His manager’s reply was: Hey, we want to play more!
So I booked him two more shows on my festival, and the manager even booked two more shows in Italy on the days before the festival. It dawned on my then that I was in for something pretty unusual. 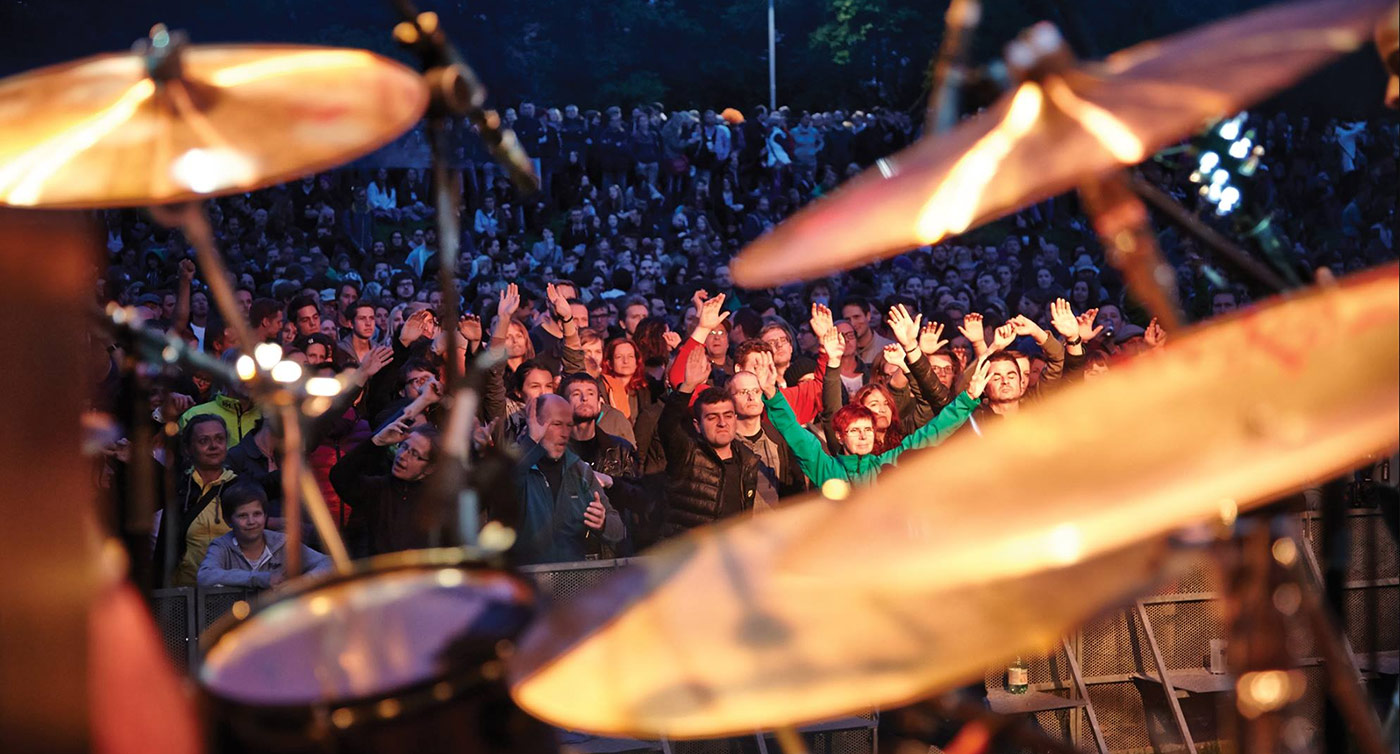 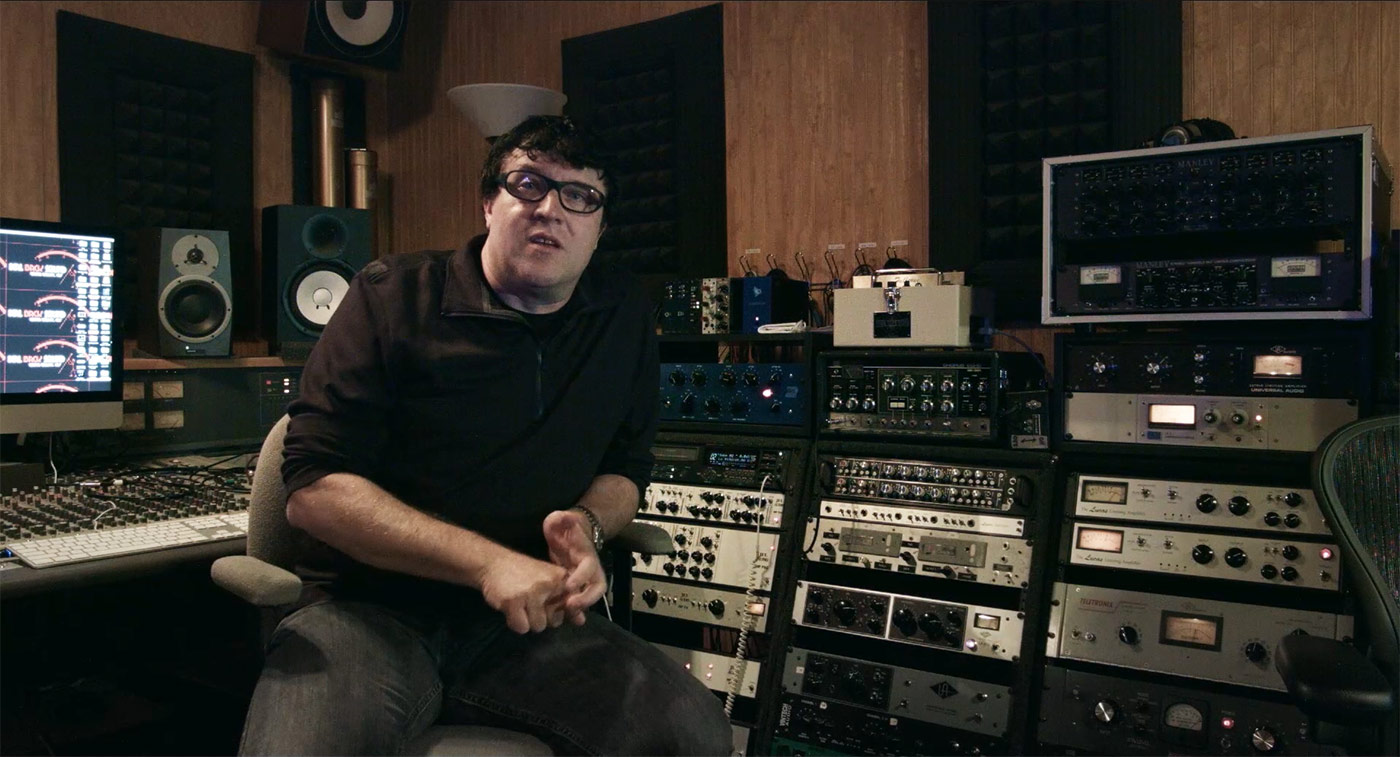 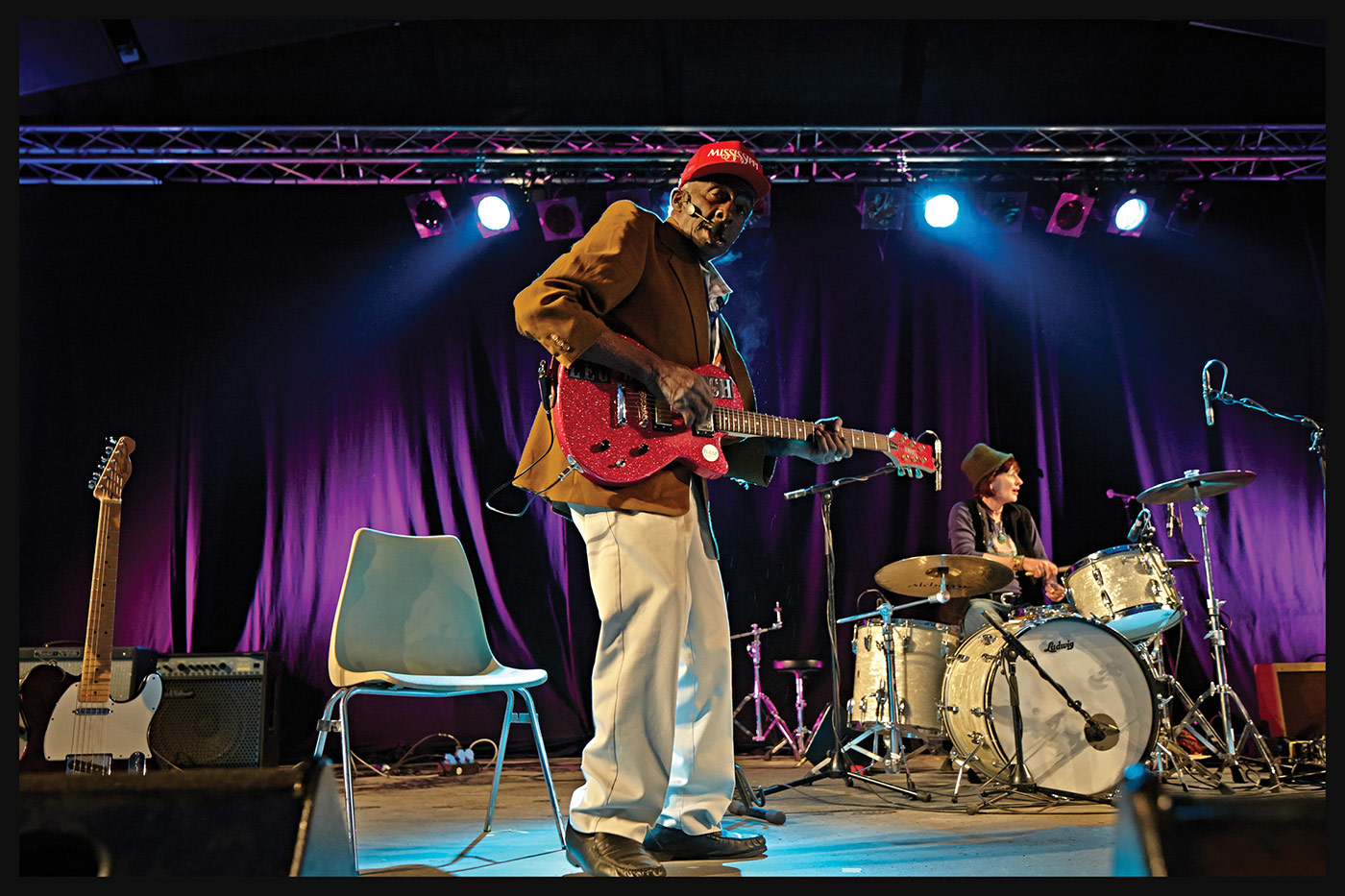 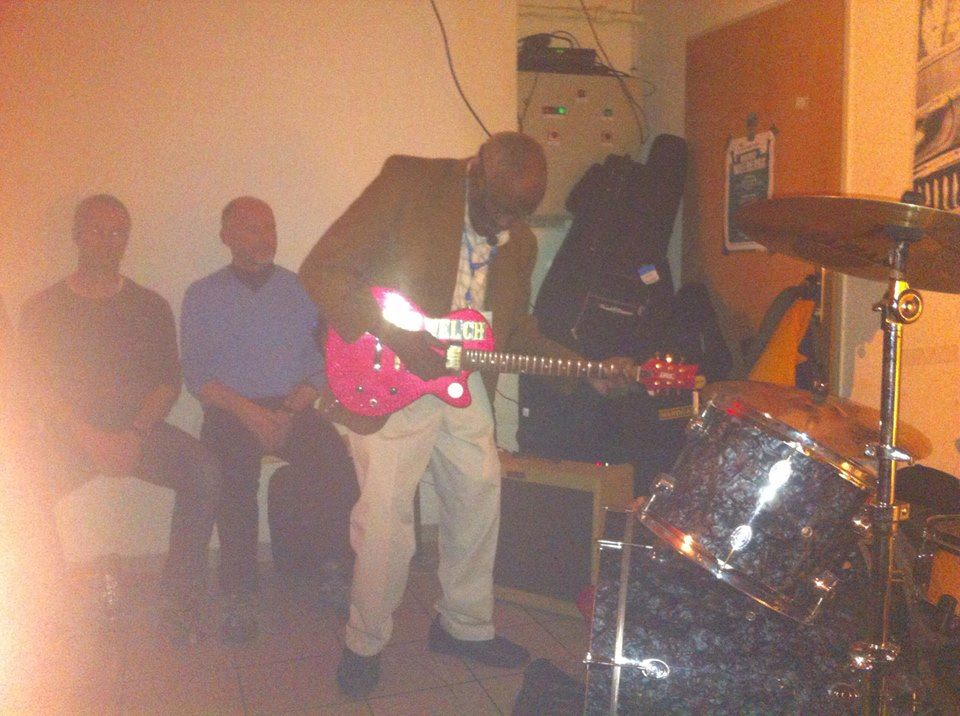 The festival came and Leo (and Dixie) played his first European show to an enthusiastic crowd of about 500 people – I remember one guy even having tears in in his eyes.

Then we drove them off to their second show in a club nearby where they were part of our After Show program. We messed up the organization, so Vencie and Dixie had to set up the backline and the PA themselves while people were already waiting for them to start – but they were totally relaxed about it. “It’s just like in a Juke Joint. We love it!” was Vencie’s smiling comment on this mess we created.

The club was packed and there was no room for a chair for Leo, so he just sat on his amp and started playing. I had to leave for the festival area again and told them to call me after their show to wrap everything up. They started at about 11:30 pm.

Two hours later, I suddenly realized I got no call from them yet, so I went back to the club, and I couldn’t believe what I saw: The club was still so packed, I couldn’t even get in. People were dancing like crazy, the club was literally smoking – all because of an 82-year old man, at 1:30 in the morning! Even Vencie and Dixie refer to that concert as their best show ever.

I still had no idea that I was about to make a movie about Leo – otherwise I would have put some cameras in that room. The only existing record of that show is the photo on the left, and, obviously, it doesn’t capture the energy of that show at all.

In the weeks after the festival, I read up about Leo and learned about his life, the decades of hard work in the cotton fields and the woods, the missed opportunities and his now only-starting career. I hadn’t even been aware of all that before!

And one day, while laying in bed the morning, it suddenly popped up in my head: I have to make a movie about Leo! I had been toying with the idea to start a career as a filmmaker, focusing on documentaries about artists – but I had never come across the right artist to start with. And suddenly there it was right before me: The quintessential Blues story.

So I asked Vencie and Leo if they were OK with this – they were. To my utter surprise, nobody had come forward before me. I was in for my first movie!

What followed was an incredible frenzy of setting up production, photo-finishing a crowdfunding campaign, researching and planning. I was lucky to find some incredibly talented film pros to help me, the total film beginner, to make this movie happen.

To cover all the costs, I maxed out my credit card and my bank account for months on end. 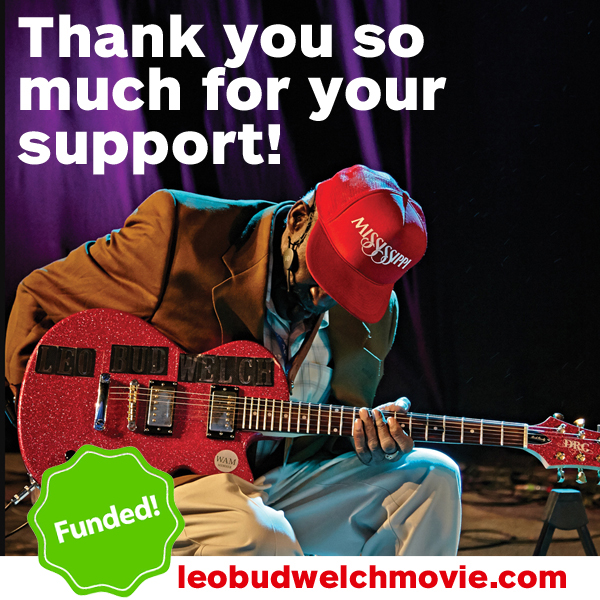 We reached our crowdfunding goal with only 7 minutes left to go! 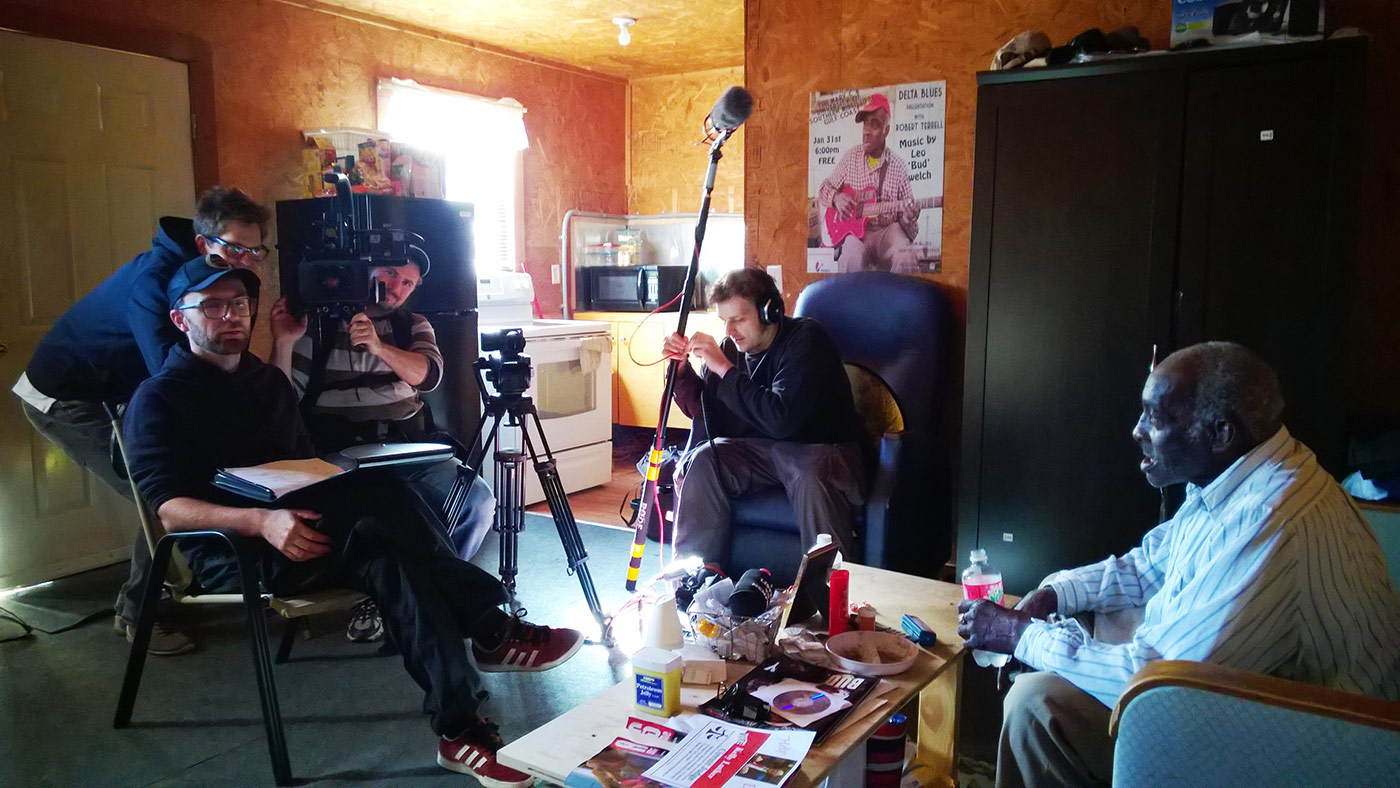 The very first scene we shot. 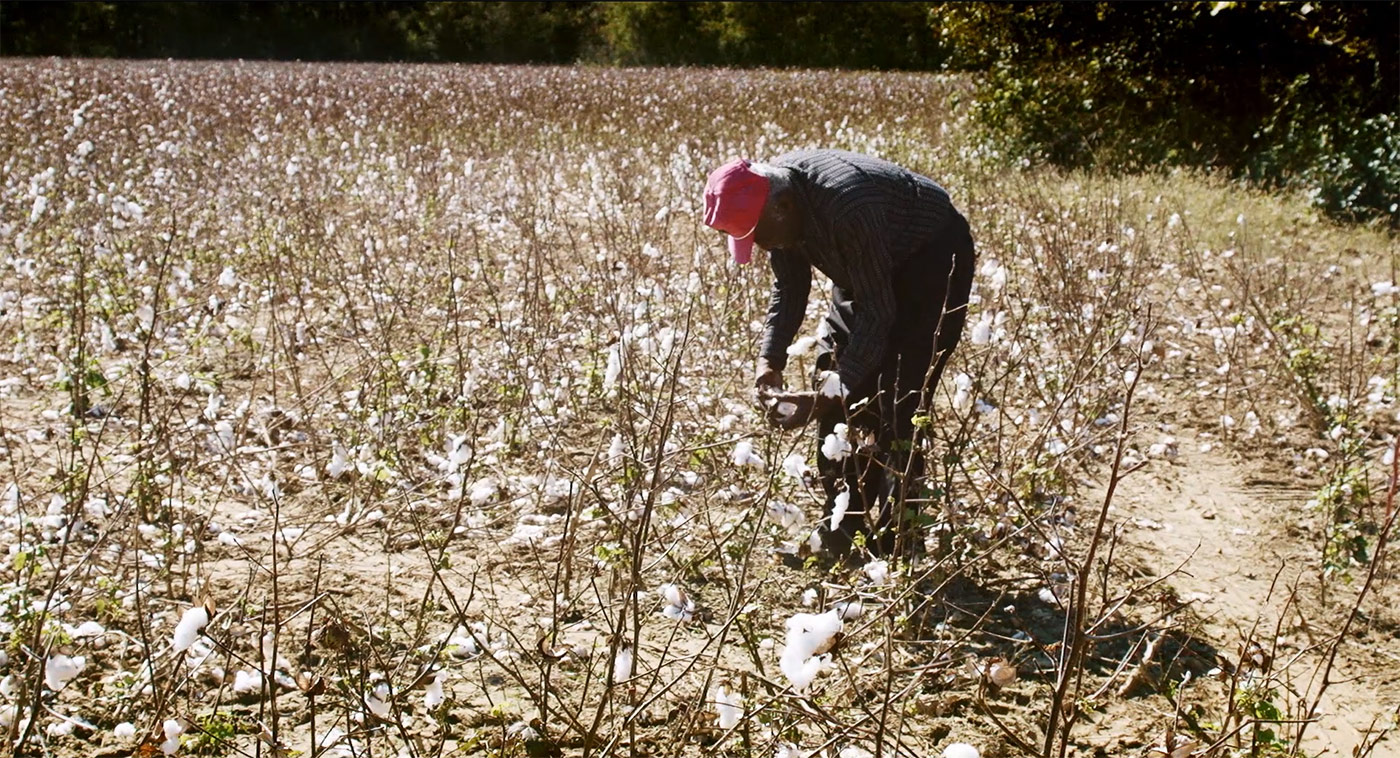 In the cotton fields

When finally in the US shooting, we captured as much of Leo’s present life as possible.

What’s most striking about Leo is that while he’s being praised all over the world for his music, he’s totally untouched by it in his daily life. He doesn’t spend a lot of money, he still lives in his shack, heck, many people in his home town still don’t have a clue who he even is. Also, he still plays the Gospel in church every other Sunday and has faith that his life, including his late success, is in The Lord’s hands. It’s like in his daily life, he’s fallen out of time.

So we focused on the contrasts between Leo’s daily life and his life on the road, playing concerts, giving autographs, interviews, taking selfies with fans a quarter his age.

Since all photos and memorabilia of his early life were lost in a fire in the 1980s, we couldn’t rely on archive footage to tell Leo’s past. This turned out to be a good thing for us because it forced us to be creative and tell Leo’s past with images of today. We believe this further helped the narrative of the old man fallen out of time.

I also set up a tour in my home country Austria for Leo where we were hoping to capture Leo’s life on the road, his reactions to a very different culture – and weather, since the tour was scheduled for snowy December. We didn’t do a whole lot of planning for those five days, we just followed Leo, Vencie and Dixie around and gave the inevitable road stories of travelling with an 80+ year old man time to unfold.

Throughout filming and editing, we realized that even though the story of Leo’s late success is incredible, what’s even more amazing is Leo’s good-hearted, down-to-earth character. So we structured the movie more and more about Leo himself and less about his story, though it of course still plays an important part in the movie.

I believe we created a movie that provides many insights into Black America and the still very much existing Blues World. It also tells the story of a poor black man who never wavered from his dream to be a musician. And that’s what we’re hoping to remind our audience of: With passion and patience, it’s never too late to live your dream. 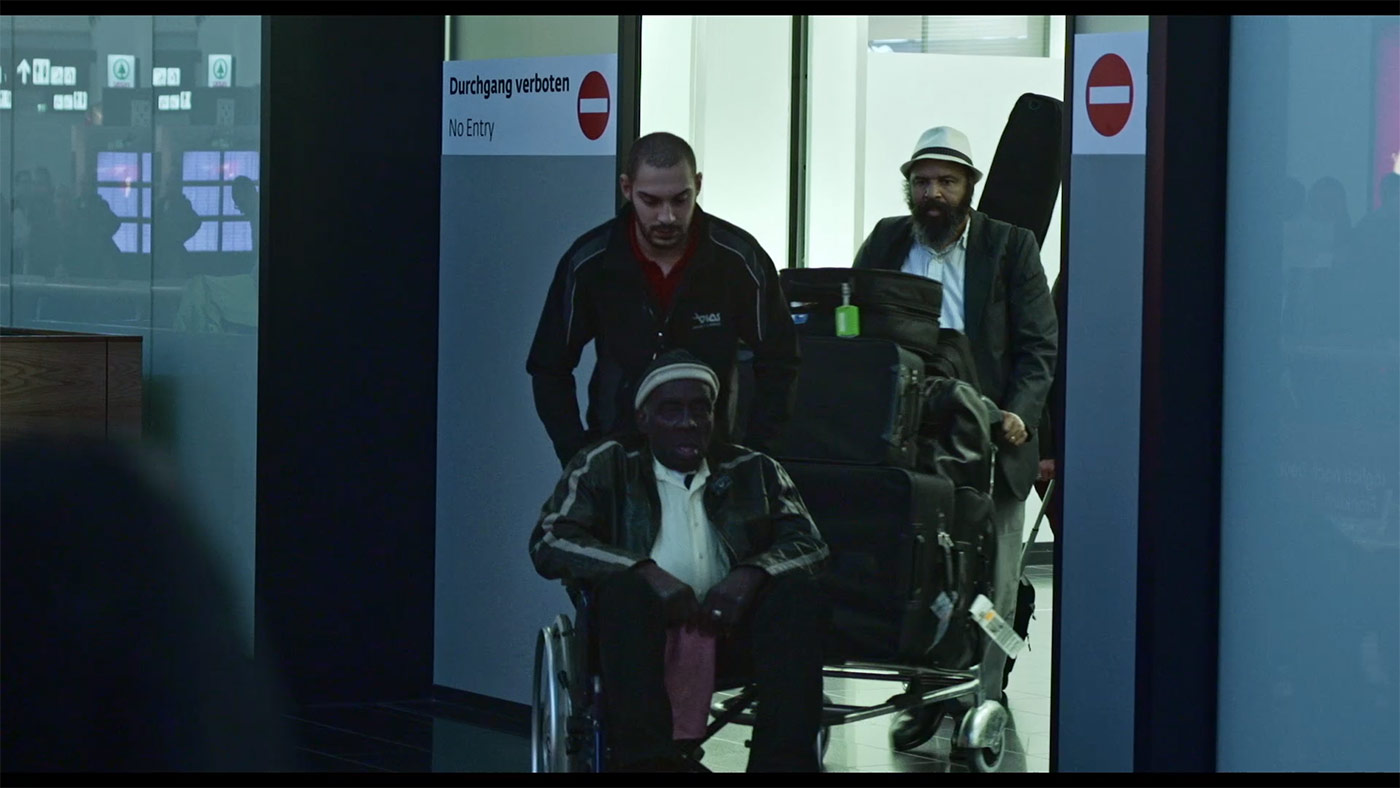 Leo and Vencie arriving in Austria 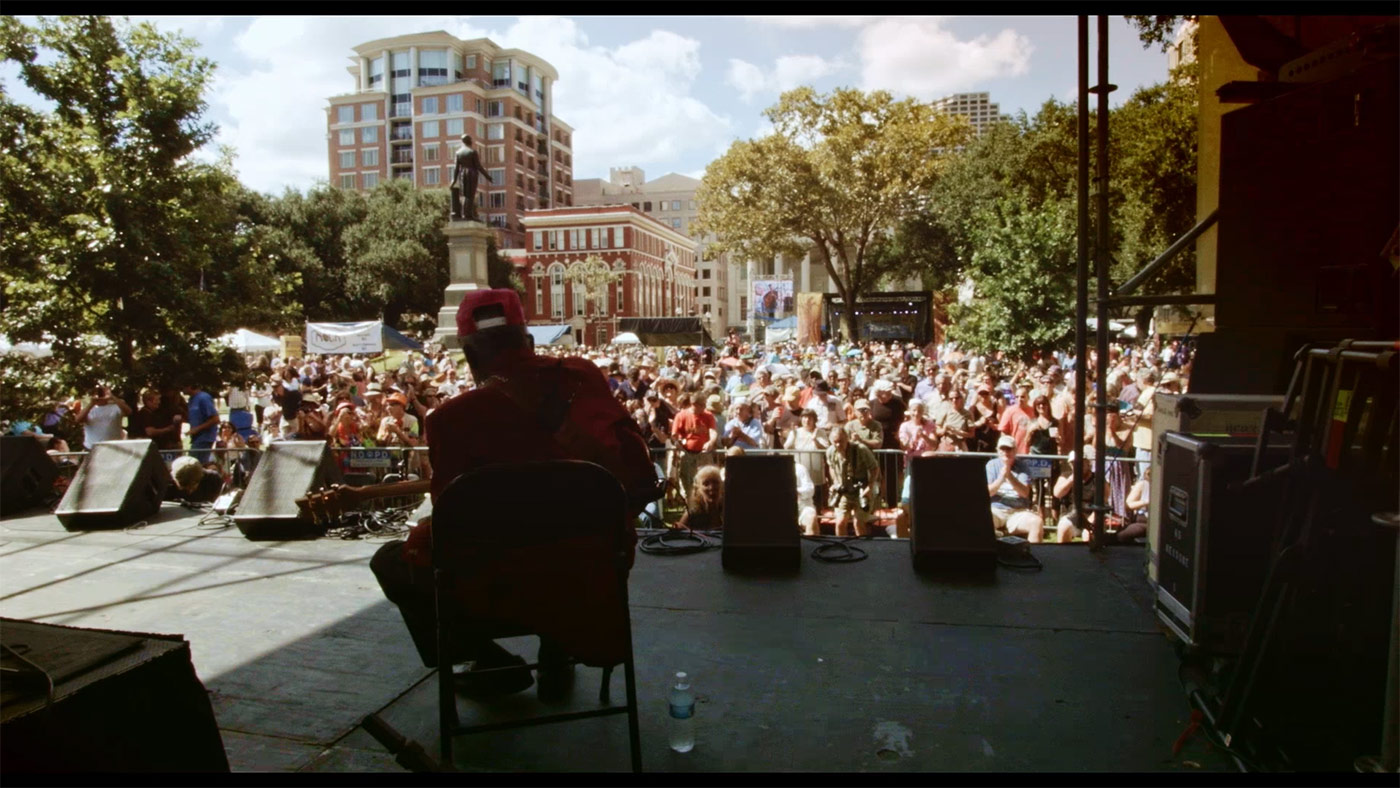 It's never too late to live your dream!
Copyright © 2016 Let's Make This Happen