Here’s what happened in the last 10 or so days in the production of LATE BLOSSOM BLUES – The Journey of Leo “Bud” Welch:

Immediately after reaching Picture Lock status, Lisa started to prepare our movie for Sound Editing and Color Grading, which took her about two days. Then we handed over the material to Primitive Studios, who do the Sound Editing for us and to 61 colorgrading who, obviously, do the Color Grading.

We haven’t seen or heard any results from the Sound Editing yet, but we’ve seen the Color Grading at work – and, believe us, it’s magic. Especially Wolfgang, who as a first-time filmmaker is a rookie to every part of the process, was completely blown away by what Color Grading was able to to. We’ve all seen the images of our movie thousands of times, but it was a completely new thing to see the images with the colors much, much stronger and perfectly composed. 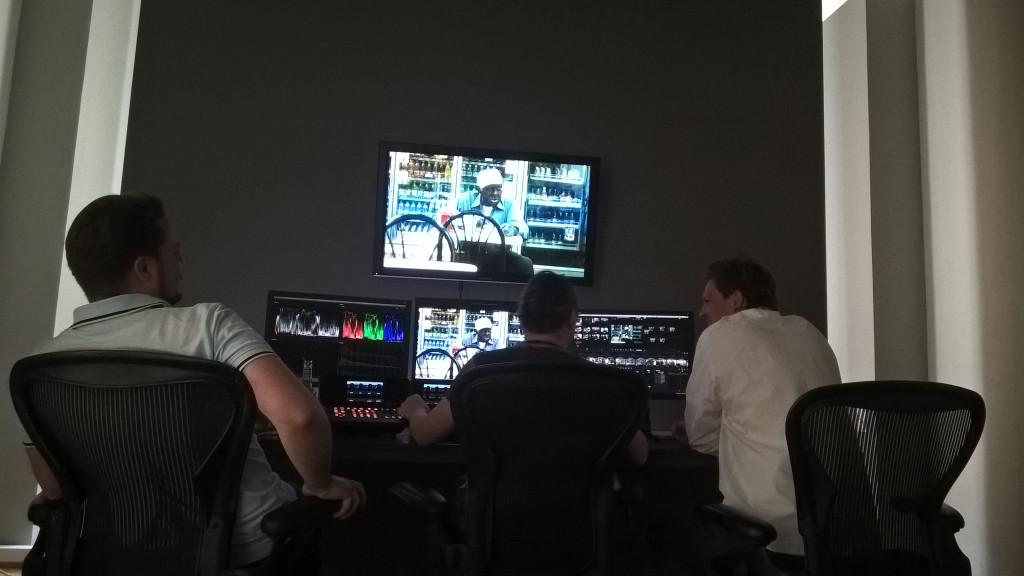 Above is what the Color Grading Studio looks like. Left is our DoP Viktor Schaider, in middle is David Hughes from Colorgrading 61 and right is Stefan Wolner, Co-Director/Co-Producer.

Wolfgang reworked the end credits of the movie and secured the rights to the additional songs of Leo that came into the movie in the last editing rounds.

This week, he’ll send out the movie to a couple of film festival PR agencies to see if one of them is able to help us with our film festival strategy. Also, we’ll have another session at the colorgrading studio to see how much David Hughes has achieved in the last couple of days.

As of right now, it seems like we won’t be able to keep the deadline of June 10 by some days, but what’s a couple of days considering the nearly two-year span of this project? So please stay with us just a little longer – we’re really close to the finishing line.