It’s been a while since our last Production Note, so it’s about time we bring you up to date on what happened in those last weeks.

One of the main things was that we started to work on our trailer. We even hired another editor for this, Philipp Mayr. He already produced two versions, and the second one was pretty good, but we’re still not quite there. Working on a trailer is quite different from working on a movie, because there’s so little time to transport so much information – but one also shouldn’t reveal too much to keep things interesting. We’ve probably all seen trailers and movies where the trailer shows pretty much every good scene of the movie, we obviously don’t want that to happen. So it’s a tight rope that we’re balancing here, and we’re all very curious how the final trailer will look like.

Our graphic design intern Lisa Studener has produced some beautiful screenshots of the movie, they will play an important part in the promotion of the movie.

Wolfgang has finished working on the English subtitles and also worked on the new website quite a lot, making it more beautiful with photos and those screenshots/still images mentioned above. Among other things, he has prepared some wallpapers that you’ll be able to use as background pictures on your computers, tablets and phones. Wolfgang already has one on his computer, it looks marvellous. You’ll get to see and download them when we launch the website in the next few weeks.

However, we’re giving you one of our wallpapers right here, right now! We hope you’ll enjoy it as much as we do. 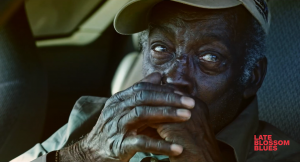 We also started working with a festival promotion agency called augohr.de. Their business is to help movies get into festivals.

For independent not-yet-established filmmakers like ourselves, the festival business is a pretty rough one. It works like this:

When submitting to a festival, you have to pay a submission fee. If you submit very early, you get the rather cheap early bird fee, and it gets more expensive the later you submit your movie – with most festivals, the fees are something between 25$ and 100$. Big film festivals get thousands of submissions but can only show a couple of hundred movies, so your chance of getting selected is very often pretty low – it sometimes feels a bit like a very expensive lottery.

And this is where agencies like augohr.de come in: They are in good contact with thousands of film festivals and are a great help for them because they only send them movies that the agency has already pre-selected (the agencies choose their movies very carefully), saving the festivals a lot of work. Because of this, they get fee waivers, so very often, they don’t have to pay the submission fees. Of course, they still charge filmmakers for their services, but only with a couple of Dollars for each film.

So this means that these agencies can submit your movie to a dozen of film festivals for the same amount of Dollars that a filmmaker alone might need for one submission, increasing the probability for a film to be selected by festivals.

That’s what we’re doing now, we’ll see how this will turn out. It will probably take some months until we get first results of their work because festival programming takes a lot of time, and the agency always submits their films very early.

So that’s about it for now, we hope we’ll make good progress with the trailer in the days to come. You’ll be the first to see it once it’s ready.